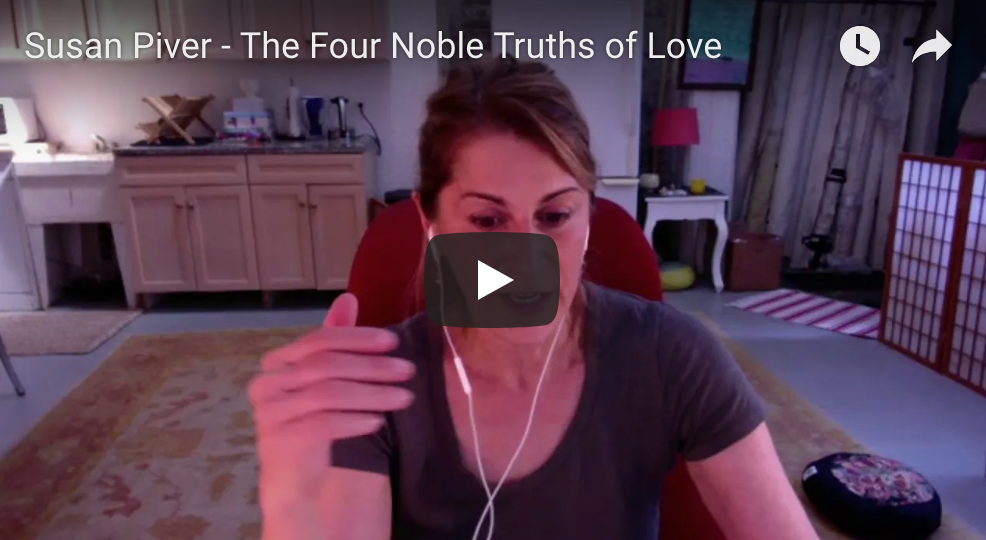 https://www.youtube.com/watch?v=rEPMWC2sz8A&feature=youtu.be Susan Piver talks about her new book, The Four Noble Truths of Love. She goes over the four noble truths of buddhism, and how they apply to love & relationships. For more, here's an extended StreetSmart conversation with Susan and Steve. Get The Four Noble Truths of Love: Buddhist Wisdom for Modern Relationships here and browse BetterListen’s collection of Susan Piver products here. You can find out more about Susan's work here. … END_OF_DOCUMENT_TOKEN_TO_BE_REPLACED

It is common in both Buddhism and Freudian psychoanalysis to treat desire as if it is the root of all suffering and problems, but psychiatrist Mark Epstein believes this to be a grave misunderstanding.In his controversial defense of desire, he makes clear that it is the key to deepening intimacy with ourselves, each other, and our world. Proposing that spiritual attainment does not have to be detached from intimacy or eroticism, Open to the Passions begins with an exploration of the state of dissatisfaction that causes us to cling to irrational habits. Dr. Epstein helps readers overcome their own fears of desire so that they can more readily bridge the gap between self and other, cope … END_OF_DOCUMENT_TOKEN_TO_BE_REPLACED

https://www.youtube.com/watch?v=MBZyRlxVd-E   In this TedTalk, Robert Thurman shows us how to expand our compassion. "It’s hard to always show compassion — even to the people we love, but Robert Thurman asks that we develop compassion for our enemies. He prescribes a seven-step meditation exercise to extend compassion beyond our inner circle." … END_OF_DOCUMENT_TOKEN_TO_BE_REPLACED 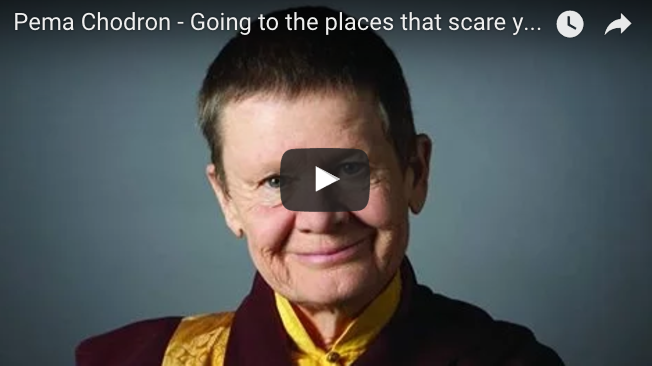 https://www.youtube.com/watch?v=sLw5QFaFUgI This video is from Belfast Buddhist. "We always have a choice, Pema Chödrön teaches: We can let the circumstances of our lives harden us and make us increasingly resentful and afraid, or we can let them soften us and make us kinder. In this talk, Pema provides the tools to deal with the problems and difficulties that life throws our way. This wisdom is always available to us, Pema teaches, but we usually block it with habitual patterns rooted in fear. Beyond that fear lies a state of openheartedness and tenderness. This talk is a guide on how to awaken our basic goodness and connect with others, to accept ourselves and others complete … END_OF_DOCUMENT_TOKEN_TO_BE_REPLACED 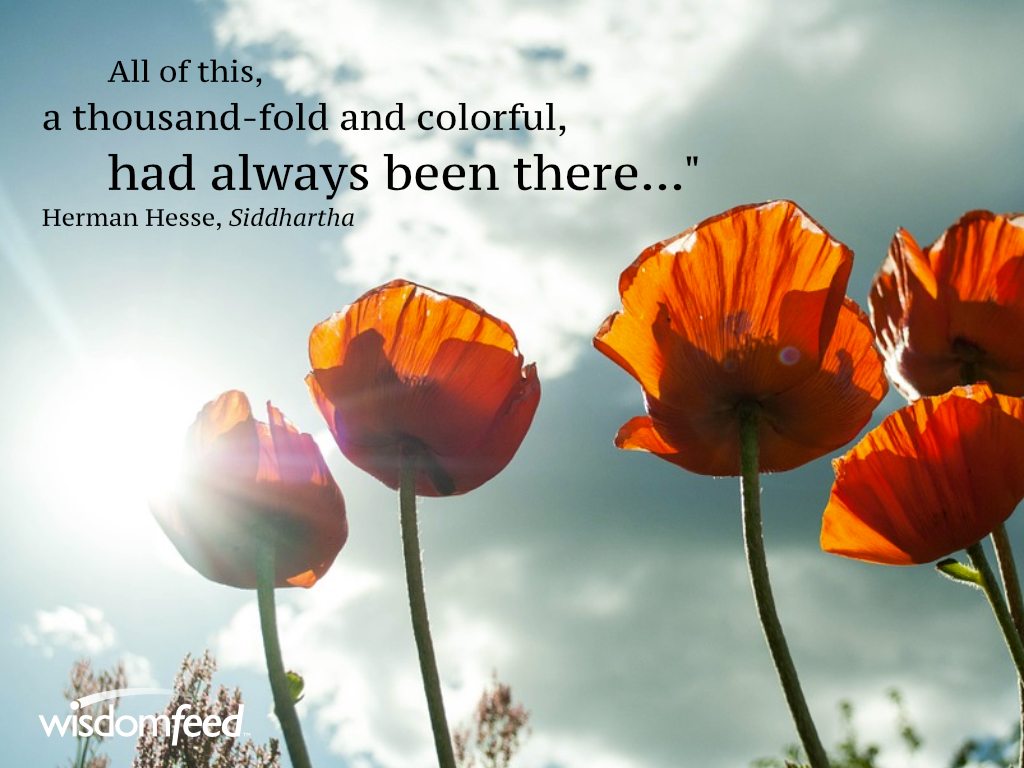 The story of Siddhartha teaches us that you do not have to be a monk to attain spiritual enlightenment. While the material world tempts us with worldly treasures, and often ensnare us with distractions pulling us away from our true selves, there is a way back to center. The natural world is all around us, and constantly provides us with opportunities to find that connection with our higher selves. "Siddhartha learned something new on every step of his path, for the world was transformed, and his heart was enchanted. He saw the sun rising over the mountains with their forests and setting over the distant beach with its palm-trees. At night, he saw the stars in the sky in their fixed … END_OF_DOCUMENT_TOKEN_TO_BE_REPLACED 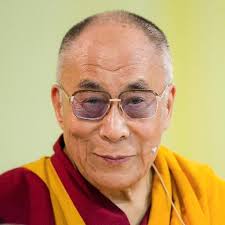 https://vimeo.com/203344992 thelastdalailamafilm.com THE LAST DALAI LAMA? looks at the 14th Dalai Lama at 80: The historic confrontation between Tibet and China; his cutting edge work with neuroscientists, influence in educational and spiritual spheres, and personal feelings on aging, dying and the question “Will there be a fifteenth in his lineage, or will he be the last?” … END_OF_DOCUMENT_TOKEN_TO_BE_REPLACED

Enjoy this excerpt from this new translation of the beloved Herman Hesse classic Siddhartha.  Siddhartha chronicles the spiritual evolution of a man living during the time of the Buddha.  The following chapter is titled "Awaken".   As Siddhartha left the grove, leaving the Buddha, the perfect one behind, leaving Govinda behind, he had the feeling he was also leaving behind in the grove his life, up to that time, and separating himself from it. He pondered this feeling, which completely filled him, as he slowly made his way. He pondered deeply, sinking down in to the depths of this feeling as through deep water until he reached the point where the causes lie, for to know the causes, so it … END_OF_DOCUMENT_TOKEN_TO_BE_REPLACED

The following excerpt is from Chogyam Trungpa's classic and masterful text Shambhala: The Sacred Path of the Warrior.  From the chapter on "Authentic Presence", Trungpa defines for us exactly what authentic presence is -- how it comes to be and how it affects ourselves and the world around us.   Achieving the realization of the universal monarch, which we discussed in the last chapter, is the fruition of developing what is called “the warrior’s authentic presence.” In Tibetan, authentic presence is "wong tong," which literally means a field of power. However, since this term refers to a human quality, we have loosely translated it here as authentic presence. The basic idea of … END_OF_DOCUMENT_TOKEN_TO_BE_REPLACED 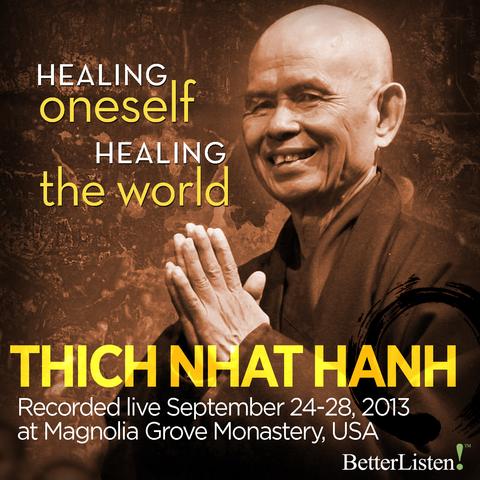 Healing Oneself and Healing the World featuring Thich Nhat Hanh and practice with Br. Phap Dung and Sr. Dang Nghiem September 24, 2013. 120-minute dharma talk given by Thich Nhat Hanh from Magnolia Grove Monastery in Batesville, Mississippi during the 2013 Nourishing Great Togetherness teaching tour. This is the orientation for the 6-day retreat with the theme Healing Ourselves, Healing the World. Creating a healing environment in our physical and spiritual spaces. How do we produce a thought that is filled with understanding and compassion? Building a sangha or a practice center is one method. In our tradition, we begin by looking at our suffering. We can then recognize the suffering in … END_OF_DOCUMENT_TOKEN_TO_BE_REPLACED

Today we are pleased to bring to you this excerpt from Smile at Fear: A Retreat with Pema Chodron.  We all have fears, but when we look closely at them, we discover that behind each fear resides a basic fear of ourselves.  Take the journey with Pema Chodron and discover what is inside of your fear. I think it’s really wonderful that so many of us are going to spend this time together.  Despite its inconveniences and quite a few people expressed their dismay, at there being 3,000 people. They sort of thought they were going to have an intimate time with me and I actually was pretty amazed myself at this turn out. In fact, dumbfounded, but that this large group of people can gather together … END_OF_DOCUMENT_TOKEN_TO_BE_REPLACED