You are here: Home / Excerpts / History Ends in Green

The coming together of dream, film, and psychedelics in the 20th century set the stage for the “archaic revival”.   Terence McKenna gives us a look through the window of our potential as humans. Below is an excerpt from his lecture History Ends in Green.

“If not ontologically, then by a degree, is the focus on the moving image and the role that this has had in shaping 20th century culture. And it comes really in three forms. It comes in the natural and available form of the dream which always, to some degree, has shaped human culture. But for Freud and Jung in the early 20th century and their followers, the dream took on a whole new significance that it had never had before.

It was seen as a cryptic message from a hidden world. And as these things seem to work out, concomitantly, a technology of the moving image was developing, which was film. And film and the dream then become almost the two defining poles of the evolution of the aesthetic of the 20th century, over the first half of it, we’ll say.”

Below is a free preview from History Ends in Green. 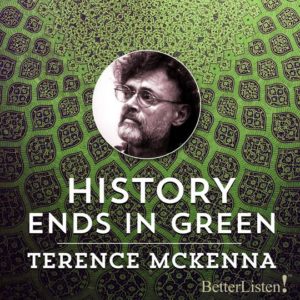